Liquor and flickers—they were more than bosom buddies to America’s first leisured classes of the early 1900s. Booze and movies were darn well kissin’ cousins from the get-go, literally spun from the same fiber.

That fiber was cellulose.

Motion pictures were only possible because of cellulose. Dried and cut into strips, nitrate celluloid was clear and proved hearty enough to accept sprocket holes and snake through metal gears and stand up to the heat of projection lamps.

Alcohol was around since recorded history. But it took a wobbly step forward when modern distillers discovered cellulose, producing a more pure and potent grade of intoxicants.

Meanwhile, the number of consumers and dreamers with time on their hands exploded with the industrial revolution.

Downtown saloons were given some paint to become respectable salons and fancy bars and then became just so many neighborhood joints. The penny arcades with their novelty peep shows gave way to a string of nickelodeons. Inside, when the lights were lowered and that white blotch hit the screen, anything seemed possible—from coronation to damnation.

It turned out there was plenty of each to go around. 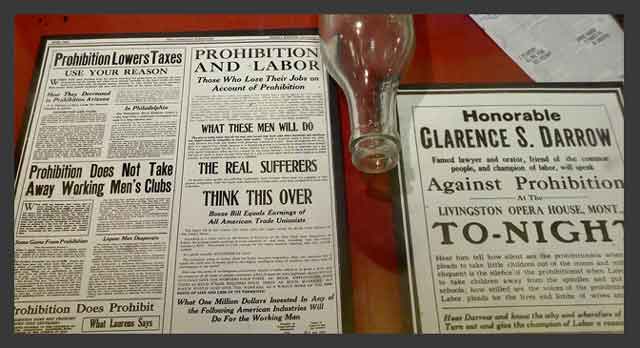 Carrie Nation took an axe to a Wichita saloon after watching her own husband lowered into what she termed “a drunkard’s grave.” Edwin S. Porter, later of “The Great Train Robbery” fame, made light of Carrie Nation’s suffering and her reformist zeal in his 1901 film for Edison’s studio, “Kansas Saloon Smashers.” (You’ll find a link in our Video page.)

The Biograph Co. also had fun with the temperance cause in two of its early “Jonesy” films of 1908 and 1909. Directing what was arguably the world’s first situation comedy series, movie pioneer D.W. Griffith crossed a line that same year, however, when he made a film honoring the centennial of Edgar Allan Poe’s birth.

The temperance gals were appalled and disgusted by these “picture people” daring to honor American letters’ most notorious public drunk. They painted picket signs and banners and pinned on their most businesslike hats to bring down the studio. My novel “The Designated Virgin” envisions how that confrontation might have played out. 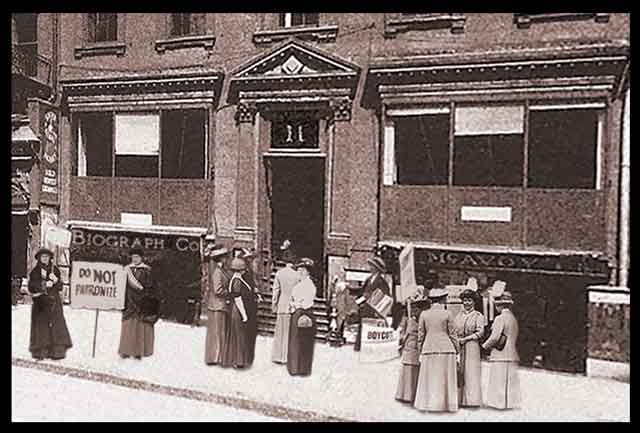 The boycott failed but it gave a shot in the arm to the Anti-Saloon movement. Its various chapters and guises across the land came together in a national Prohibition Party that pushed through the 18th Amendment in 1920.

Griffith never made light of drunkenness in any of his films again. In 1931 he directed “The Struggle,” financed with his own money, his only talkie other than “Abraham Lincoln.” He based it on his own experience with the scourge of alcoholism, but it failed at the box office. People were not interested in paying to see one more “temperance lecture.”

As for D.W. Griffith, the man who invented movies, his career ended with “The Struggle.” Literally. Some sixteen years later he died alone in a hotel room, a victim of alcohol addiction.